Home will be exhibiting a work by Tony Garifalakis in our Invitational show opening in early July. Pictured is Untitled #14, from the Mob Rule (Family Series), 2014, Enamel on C type print. This is one of six works from the collection of art consultant Kate Smith to feature in the exhibition alongside paintings by Sidney Nolan, Ricky Swallow and UK artist, Justin Mortimer.

“…Tony Garifalakis’ practice over the past two decades has constituted an examination of social relations and the semiotics of power. His work particularly engages the ways in which the meaning of signs, symbols and images might be ascribed, conveyed or transformed through culture, and how conventional notions of hierarchy and status might be undermined or subverted. Garifalakis interrogates social, political, artistic and religious systems of belief – as well as the institutions that uphold them – through a range of strategies that include amplification of the signifiers utilised by those institutions themselves; subversive juxtaposition of image and text; and the deployment of dark, incongruous humour. Previously, Garifalakis has utilised the imagery from various of his own subcultural interests to consider the ways in which such iconography infiltrates popular culture…” 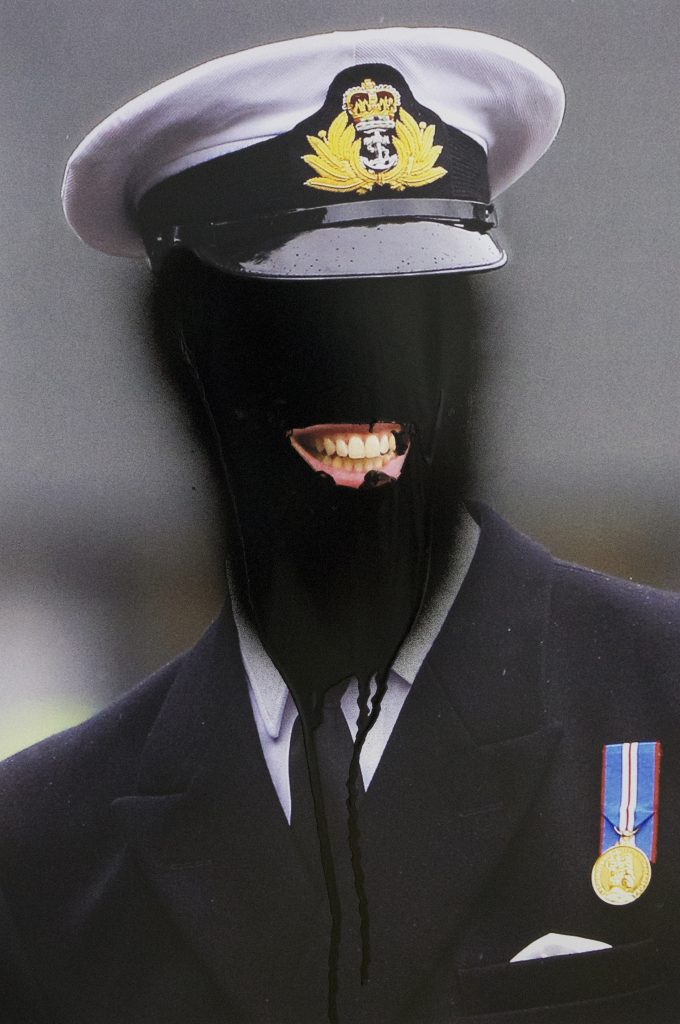