Join me for opening drinks from 5-8pm on Thursday night. ‘Memory Betrays Everybody’ features the work of Dragana Jurišic & Biljana Jančic.

The show runs from Tuesday the 28th to Saturday the 1st of June.

“…our collective memory is shaped by the ideology of the day. The politics of memory enables a regime to record its rendition of the past. History is determined by this shared remembrance…”

Built in 1973, the monument at Mitrovica known as ‘Monument to the Mining Heroes’ was designed by renowned architect and academic, Bogdan Bogdanović.

Standing in the form of some lost Roman addition to Stonehenge, Bogdanović’s huge concrete monument in the town of Mitrovića is a homage to those lost if the fighting during WWII.

Mitrovića is one of many monuments scattered across the former Yugoslavia commissioned by President Josip Broz Tito to convey a sense of confidence and strength in the new Socialist Republic. Designed and built in the ‘60s and ‘70s by leading architects and sculptors, these memorials are located at sites of battles and concentration camps commemorating the victims of fascism in WWII.

The aesthetic beauty of these brutalist structures challenges their innate and commemorative intention. Devoid of signs of ideologies, war heroes or religions, these abstract forms were symbols of a modern and unified future.

The original intention for the creation of the monuments has resulted in their demise. As the Balkans War took hold in the early ‘90s and Yugoslavia fell apart, the monuments became touchstones for the inherent hatred, bigotry and fanaticism from the past – Nationalism destroyed Yugoslavia.

Nationalism is often the last refuge to those who have, or believe they have, no other options available to them. This last resort whether real or imagined can sometimes have tragic consequences. The gruesome scenes of the Charlottesville riots on August 12th 2017 and President Trump’s response to white supremacists’ actions had far-reaching ramifications around the globe.

Far-right groups had gathered in Charlottesville to protest the decision to bring down a monument of Confederate General Robert E Lee. Protests came in the form of extreme references to Nazi ideology. Disturbing scenes of torch carrying white supremacists chanting ‘Blood and Soil’ and the death of a peaceful protestor, run down by an enraged white supremacist, were amplified by President Trump’s response ‘condoning’ the actions of far-right groups.

The commemorative sculptures scattered across the former Yugoslavia, including Mitrovića, are reminders of the evils of fascism. The preconditions for potential disaster are materializing across Europe. Rising support for far-right political parties including Alternative for Germany, the slide towards authoritarianism in Poland and Hungary, and the multitude of displaced Muslim refugees moving throughout Europe adopts a familiar pattern to the catastrophe that took hold in Germany the late 1930’s.

There are unnerving signs that present-day Europe is inching towards a repeat of past events. Advocacy of the far-right by the US President has aided this dark movement. Here in Australia, there has been a significant and unnerving move towards the right.

Nationalism is being cultivated and beginning to take root. 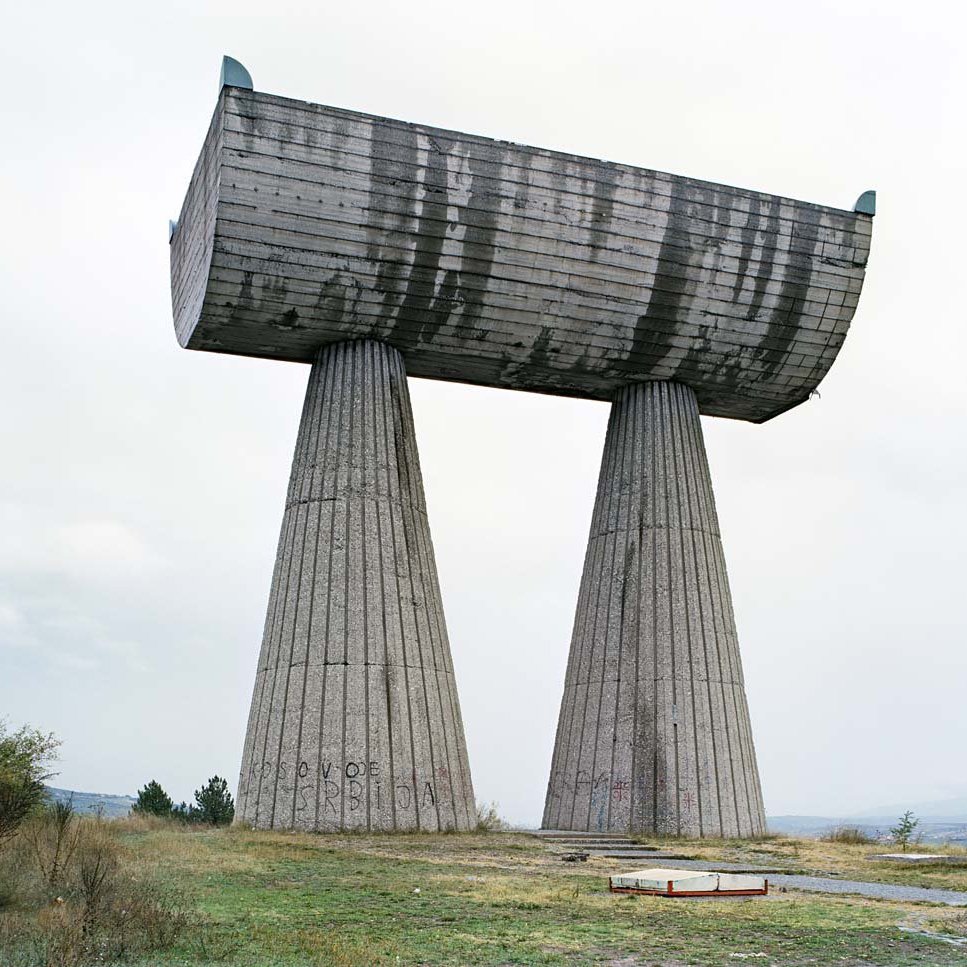