Dan Elborne: One drop of blood/
Anthony Bautovich Collection – Rebecca Gallo
However you think about it, 21,243 is a big number. 21,243 litres would fill a standard backyard pool; NASA’s rover Curiosity began its nail-biting descent onto Mars at a speed of 21,243km/h. 21,243 minutes makes up around two weeks, the same number of hours equates to 885 days and living through 21,243 days would put you at 58 years old.

There are between 7,000 and 24,000 white blood cells in a single drop of blood. When Dan Elborne’s mum was diagnosed with breast cancer, her white blood cell count had jumped to 21,243. It was explained to Elborne that this was her body’s way of fighting the cancer. One drop of blood is Elborne’s way of processing this major upheaval, and it’s not the first time he has responded to difficult, emotive subjects in his process-based artistic practice. Elborne is preoccupied with human suffering and is deeply affected by stories of war and genocide. His 2012-13 work 500, comprising 500 hand crafted ceramic bullets, was created in response to his Grandfather’s experiences in the Dutch army, and Elborne is currently creating work in the aftermath of visiting Auschwitz and coming to terms with the extent of human cruelty.

For One drop of blood, Elborne made 21,243 porcelain cells by hand over the course of a year. Over and over, wet porcelain was made into tubes, these tubes were segmented, each segment rolled into a ball, and the balls coated with dried grated porcelain before being glazed and fired. Brought up with the allure of his Dutch grandparents’ porcelain crockery cloistered behind locked cabinet doors, Elborne acknowledges the illicit thrill of bending this precious material to his will.

Spilled onto the dark wooden floor of the main gallery-cum-living-room of Home@735, One drop of blood takes up less space than the number of cells implies. The whiteness of the porcelain lends them an austerity, however the form of the pile is irregular, with rogue cells separating out around the edges. They are seductive: the roughness of grated porcelain combined with the gloss of the glaze begs tactile engagement.
The irregular spheres spread out from one wall, forming a midden-like mass. Here Elborne acknowledges his debt to both Félix González-Torres and Ai Weiwei, with their piles of foil-wrapped candies and ceramic sunflower seeds respectively. Ai’s millions of sunflower seeds, each made by hand in Chinese workshops, draw attention to the ethical conundrum of factory labour. In Elborne’s work, the act of hand-making each cell also forms a significant part of the narrative, however here it is the labour of the individual that gives the work its meaning. His work is a kind of obsessive meditation, a self-imposed regimen and a labour of love. In Gonzalez-Torres’ installations, viewers can take a piece of candy away with them, and the piles are perpetually replenished. Elborne encourages viewers to take his cells home with them in return for a donation to the National Breast Cancer Foundation, and the pile slowly diminishes. His mother’s blood count returns to a normal level.

The exhibition was launched by renowned physician, art collector and philanthropist Dr Dick Quan, whose affinity with Elborne’s work is not surprising given Quan’s commitment both to health research and emerging artists. This also saw the launch of a concurrent exhibition of highlights from gallery director Anthony Bautovich’s collection. Elborne is in good company, with the downstairs space populated with work from a new generation of Sydney artists including Nick Collerson, Madeleine Preston, Sarah Mosca and recent Brett Whiteley Travelling Art Scholarship recipient James Drinkwater.

Upstairs is an unexpected pleasure with small but first-rate works by Australian greats including Norman Lindsay, Richard Larter, Jean Bellette and Michael Johnson. Rather than supporting the regular bric-a-brac of most homes, Bautovich’s antique display cabinet is home to ceramic works including Starman by Lynda Draper, knitted text piece Hold Not Thy Peace by Essie Lofu and Elijah Ruben and a selection of small paintings resting on top in family photo pride-of-place.

Seeing a private collection is always a fascinating insight into the vision and taste of an individual, and even more so when you can view it in the collector’s home. That Bautovich’s home doubles as a gallery space eases the sense of voyeurism that would usually accompany this sort of activity. Having said that, there is an undeniable intimacy and sense of personal revelation across the spaces: in Elborne’s emotive and tactile installation, in Bautovich’s public declaration of personal taste and in the very concept of the home as an art gallery. 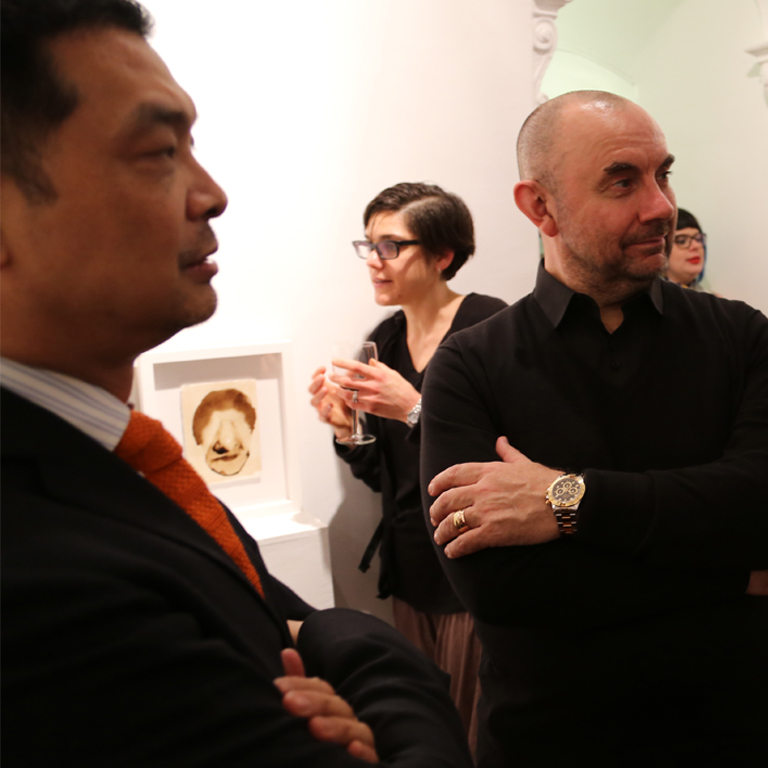 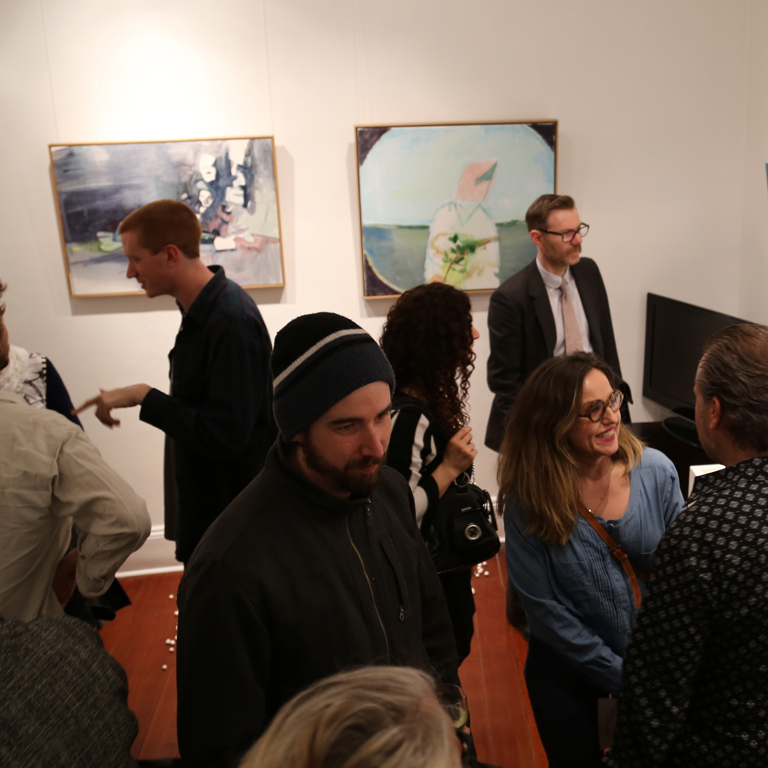 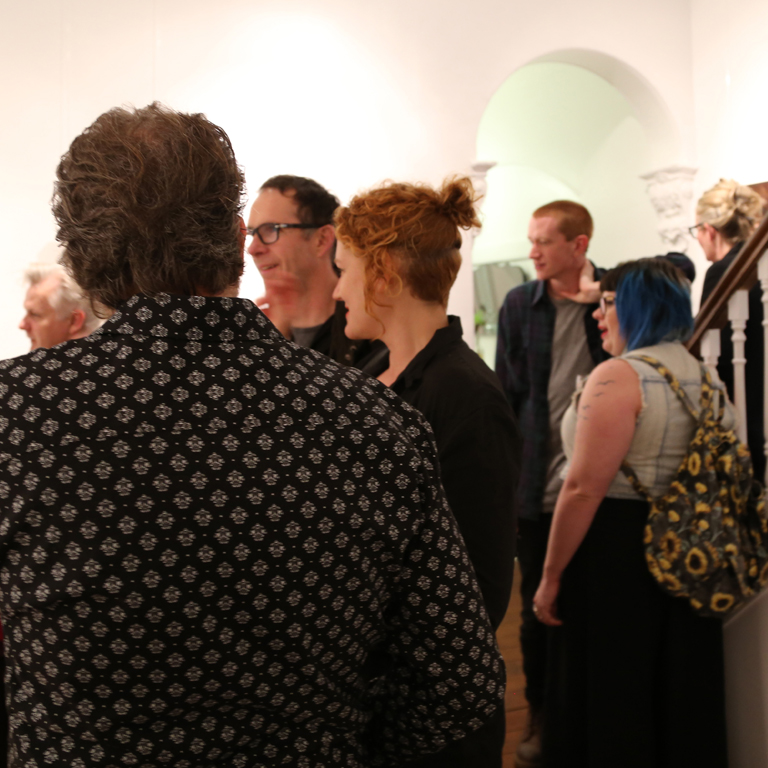 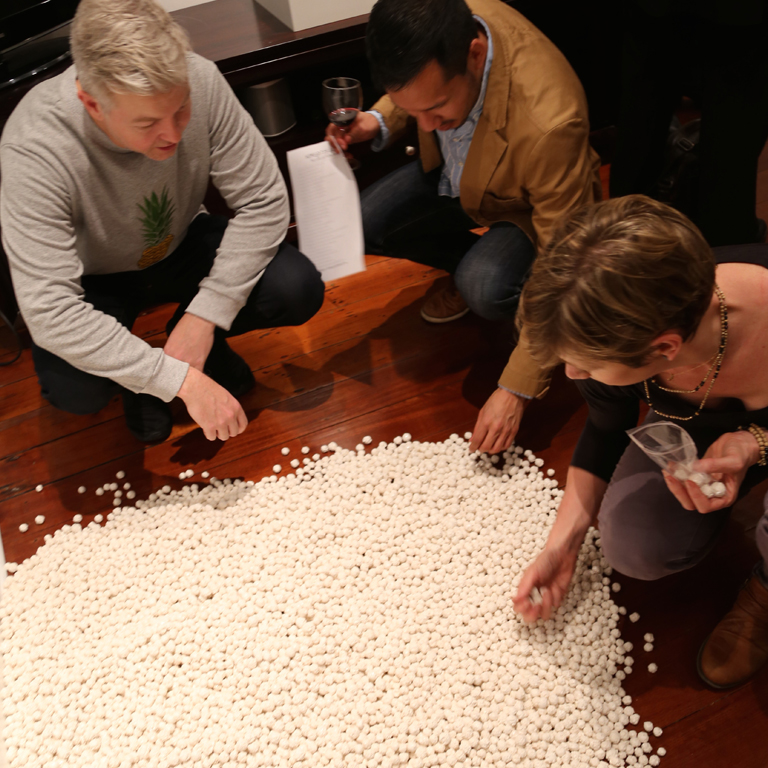 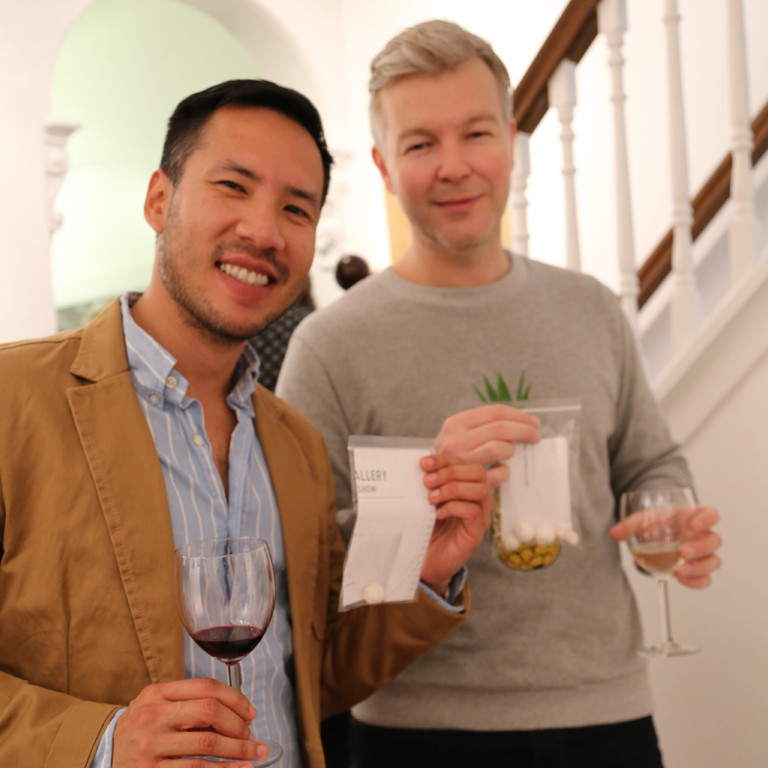 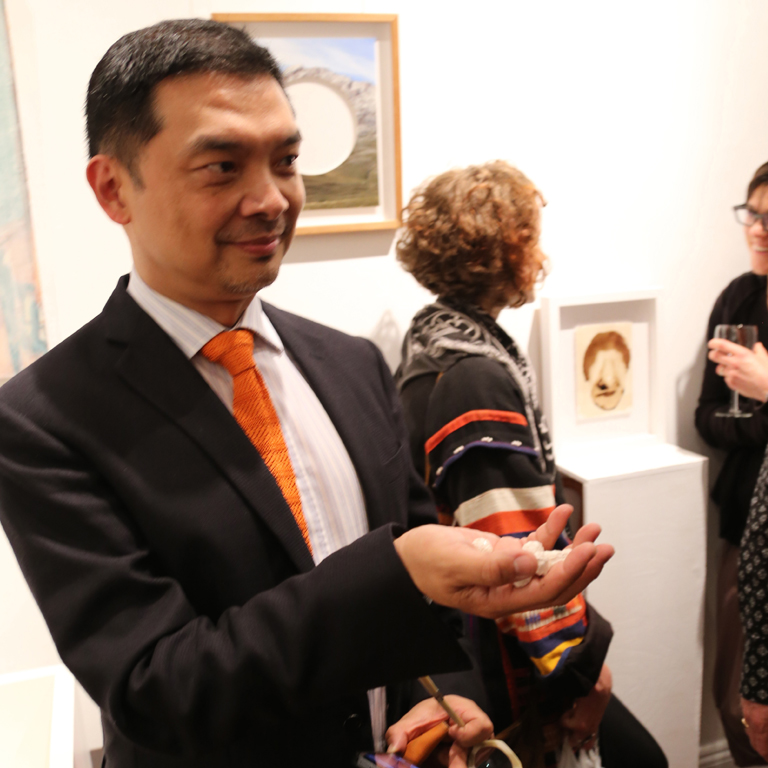