12.06.14 – Caterina Leone
The works currently exhibited at Home@735 gallery, under the exhibition title 12.06.14, seem to have been selected not for an overarching curatorial theme, but for the simple reason that the gallerist and curator like the work- an unusual approach, but one that is refreshingly honest and effective. This curatorial decision, coupled with the intimacy of the space, make the work seem familiar and accessible in a way not realised by more traditional formal galleries. Home@735 is, after all, a home.

It is the perfect setting for Meredith Birrell’s series of paintings that explore memory and its ties with identity. Childhood snapshots, the archives of a home and its inhabitants, are reinterpreted in paint, smudged deliberately to obscure them with the visible fog of memory. Thus imbed with nostalgia in all its bittersweet depth, they become idealised and universal, not only through their familiar imagery but through the universality of their narrative, in Birrell’s words: “the stories of selfhood that we all share”.

A sound installation by Steffan Ianigro, with video by Matthew McGuigan, included an engaging live performance. The sound source for Ianifro’s composition was a custom built bell made from an old high pressure gas cylinder. Hauntingly beautiful, the music produced gave new life to these obsolete and otherwise overlooked objects. They are meaningful because Ianigro makes them so; sound to show us how to see.

Heather Egan’s work commands the stairway of the gallery, luring viewers upstairs with energetic abstract marks and vibrant colours that beg closer inspection. Pareidolia could result in a panoply of images emerging from the spontaneous brushwork, yet for me, Egan has successfully dissolved such ties to representation like pigment in water. Instead, the works speak directly to our emotions, each abstract mark or splash of colour is a signpost to a different feeling- sadness, perhaps, or ennui in the darker works, peace, confusion and joy in others. Egan has made visible the beauty of chance and of that meditative state in which thoughts are silenced.

Upstairs, the photographs by Berlin artist Julia Schiller are almost impersonal in the way that they capture universal emotions and mental states. Those with figures are not portraits; they are personifications of abstract feelings. A sense of silence and stillness lends a weightiness and import to familiar, otherwise unremarkable scenes that now eternise fragile feelings. A moth spotlighted by chance on a wall is now imbued with so much more: for me a sense of waiting, hope, a glimmer of fear. Schiller’s works are to be completed, uniquely, by each viewer.

Kate Nixon’s glass works are as meaningful as they are beautiful. Exploring the human desire to collect and resulting links with the formation of identity, she also questions the value of collected objects, massing them into amber funerary urns, depersonalised and suggestive of loss. The smaller works, colourful orbs sprouting flowers, investigate conceptions of value and taste, daring us to give in to that inner child drawn to bright colours and pretty flowers, to the playful and kitsch.

Sophia Nuske’s ceramics, creatively and effectively positioned throughout the gallery, cause the viewer to look again, to re-examine everyday objects that have been recreated with slight alterations. Nuske uses humour to explore the language of these objects, how we process information, Freudian slips, and alternate meanings, her playful wit revealing the richness of semiotics and language.

The works of 12.06.14 invite you in, speak to you and above all, remind you that in art, you can find a home- a place of refuge and authenticity, and, if you accept the invitation, of humanity and connectedness. 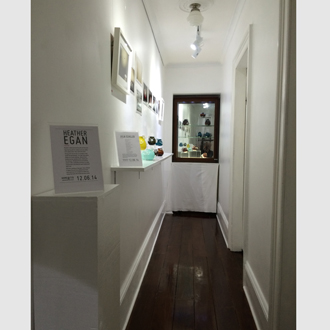 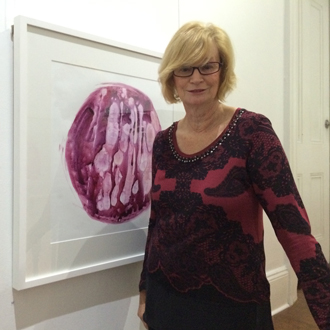 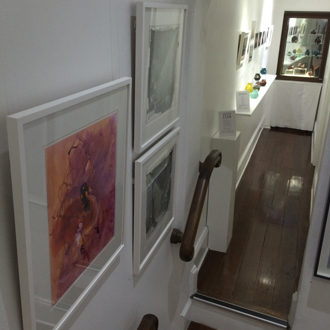 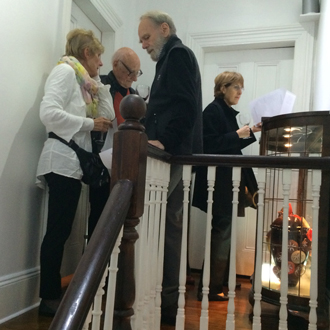 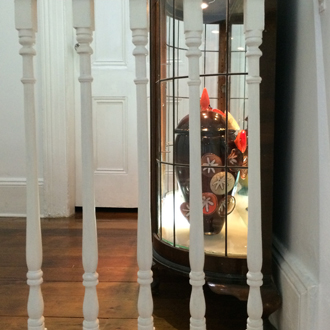 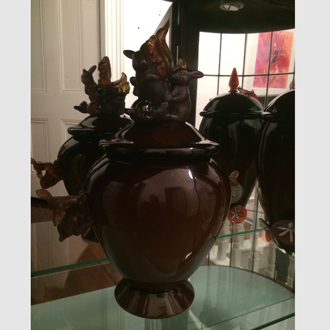 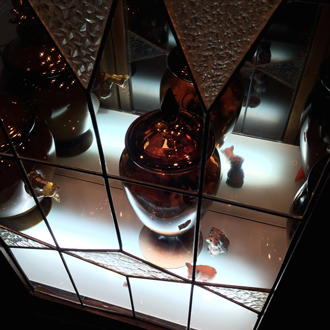 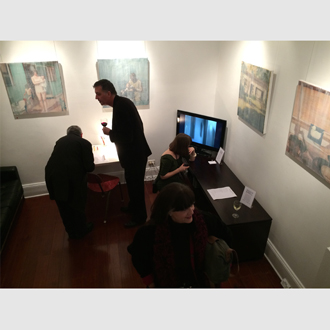 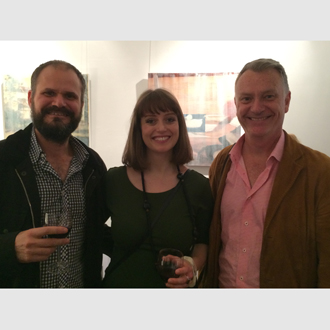 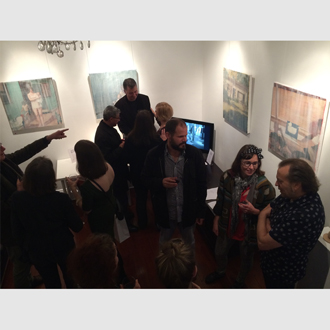 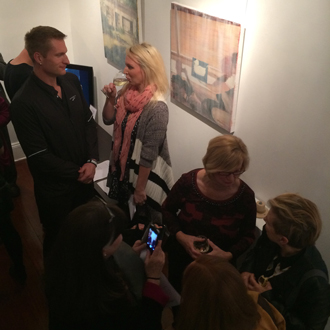